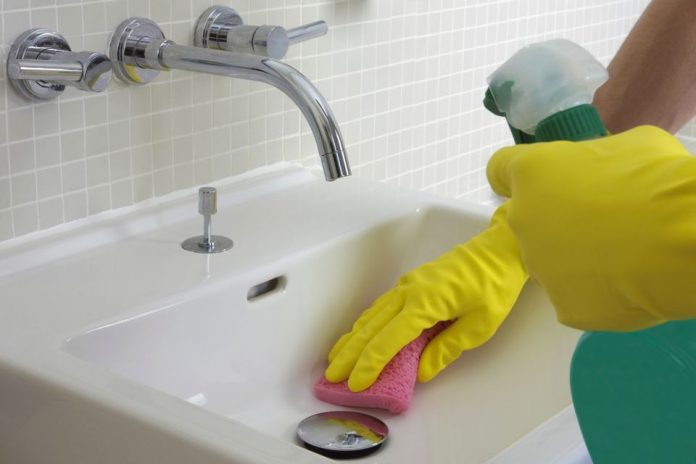 Having company? Conjure a “clean” illusion in 5 minutes!

If you’re like me, you’re conscientious as to how your apartment appears to guests. I may be one of a small percentage of single men who actually care what people think. If I’ve been contacted and agree to a spontaneous visit from a friend or colleague, I rush to give my home a quick once-over. The funny thing is, I’m not a “clean freak” – not at all. If someone happens to come by unexpectedly (which is very rarely), I will find myself deeply ashamed at the state of the place. You could expect to see a pair of shorts or pants laid out on the couch (hey, so they don’t get wrinkled), a couple pairs of socks laying in the vicinity of a loose pair of shoes, an unplugged fan leaning unceremoniously by the window, while my dual recliner hosts some random book, Blu-ray or video game and, of course, a bag of chips. I don’t do too much work in the kitchen, honestly. But if I happened to bake a wealth of pizza pockets the night before, I’ll just pop that tray back in the oven (out of sight and mind) and do a little surface cleaning where needed. But here’s the thing – honest and true. I am a single guy, so I don’t think I should be blamed too harshly for these offenses. Even so, there are times when there is just no forgiving the state of the bathroom. I won’t let it go more than a month without cleaning but, man oh man – what a month can do. The bathroom mirror is streaked and pitted with an assortment of toothpaste, soap and shaving cream spots. The sink beneath has become a rigid matte surface of what appears to be dirt and a myriad of tiny hairs, some nearly microscopic (I believe it’s either shaving residue or the birth of a new lifeform). The floor gets pretty nasty but since my bathroom is so small I am able to cover the majority of it with shower and toilet contour rugs and a hamper.

Helpful tip – if the floor is visibly filthy despite being concealed by strategically placed accessories, it’s time to sweep and mop.

Right – continuing on, the tub is so old it will never return to its former shiny white surface. Dirt patches that defy logic have randomly formed on the shower wall. And around the shower drain appears to be a pink and yellow sort of rust-colored cloud. It’s just a small discolored area but if your heel happens to step in it, you’re in for a slide – that gunk is slippery! Hey, I’m just being honest – this is how the other half lives.

You know what’s next, don’t you? You don’t want to go there. Neither do I. The dreaded TOILET. There, I said it. That’s half the battle. Yeah, um, you best use your imagination for how bad this thing can get.

But let me tell you, you can actually use the toilet as an excellent indicator:

Ladies, if a gentleman is entertaining you at his residence, and the toilet is spotlessly fresh, he’s either Gay or he really likes you. NOBODY likes to clean toilets, unless they want to make a good impression. I’ll be honest, if I’m invited somewhere and I walk into a place that is unkempt with a gross bathroom, it’s a huge turn-off. What does that say to guests? Besides a testament to the poor hygiene of the host, to me it implies little value is placed on my friendship. If I am having company over, I usually start my cleaning process the day BEFORE. My guests are going to be comfortable and they will leave admiring what a sanitary man I am! Truth. Now let’s get to the point of the lesson – how to transform an embarrassing mess into an orderly apartment that won’t inspire an adverse reaction from your visitor. Start with the room you’ll likely socialize in – in my one-bedroom apartment, I call this the “living room”. Gather all loose clothes and either put them away properly or toss them all in either the bedroom or the hamper (naturally if a night could end in the bedroom, the hamper’s the right choice). Tidy up that game system. Grab all loose accessories; books, remotes, etc… and return them to their proper place. That’s the first rule – by simply removing all loose gear (including visible floor debris) you give the appearance of an organized, uncluttered and cared-for space.

Cool, that took 60 seconds, now let’s move to the bathroom. This is important, it’s the room that can have a ‘make it’ or ‘break it’ impression. You know what I mean! This is probably where I should mention the tools of the single man’s trade: Always have Multi-surface Windex, a toilet scrubber, paper towels, and air freshener on hand. You can grab the latter three at any dollar store, but, man, you can’t compromise on that Windex – trust me.

Firstly, spray the Windex around the toilet surfaces, inside the bowl, on the sink mirror, vanity and in the sink. Let that soak a few seconds while you close your shower curtain completely and pretend the mess beyond doesn’t exist. Take your towel, shake it out, fold it neatly and hang it over your shower rod. Clean shower – check!

Now take a gob of paper towels and wipe that mirror clean (this is where you will notice the superiority of real Windex) using that same gob, wipe the vanity surface and get as much of the dirt and hair up. Re-spray and go over it again thoroughly with a fresh batch of towels for a final solid clean, using your thumbnail where necessary. Next, push the sink drain shut. Take your toilet scrubber and scour the Windex-soaked sink in a circular motion. Run a little water, open the drain, and repeat until it’s spotless.

With brush still in hand, do a preliminary scrub of the toilet. The water level will lower a bit from the intrusion and you can give that visible ring a good spray too. Now, grab a gang of towels and just go to town on the Windex-wet toilet (sorry this can’t be done satisfactorily without getting on your knees and applying some elbow grease). Once that’s done, return to scrubbing the bowl, flush and repeat as necessary. Grab whatever bathroom rugs you have and shake them clean outside. When you replace them they will appear as new (unless they are truly wretched). Wow, suddenly you have what appears to be a clean bathroom. Lastly, go over small cosmetic details, all your toiletries except for a soap dispenser should be placed in the medicine cabinet. The toilet paper dispenser should be loaded, and it looks great if a second new roll is visibly on standby – it gives your guests a sense of insurance in case of emergency.

Finally, grab that air-freshener and spray it throughout the apartment. You now have a home that for all intents and purposes appears and smells clean, and it took you less than five minutes!  But use these tips in case of very-short-notice emergencies only. If you have a couple of days or even hours, do a deep clean, scrub the crap out of the tub, sweep and vacuum the floors, whatever it takes so YOU know it’s clean. It all comes down to how you want to present yourself. Trust me, it takes no effort for the world to think you’re a slob – don’t be that guy! 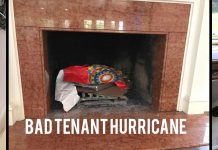 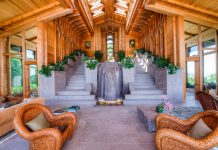 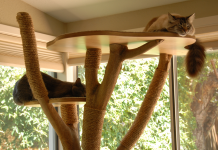