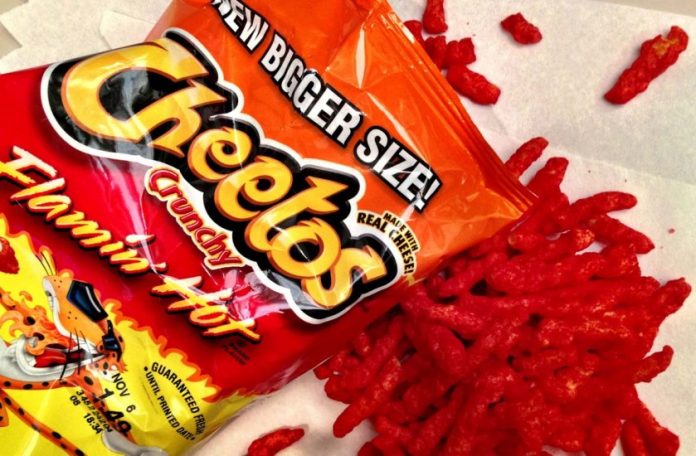 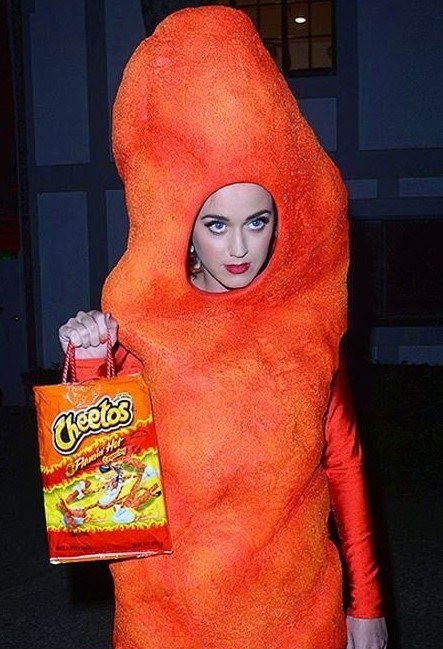 Few snack foods have permeated pop culture as much as Cheetos. More specifically, Flamin’ Hot Cheetos. They became such a part of our lives, they were even controversial at one point!  So in love with the Frito Lay brand of flavored snacks were young students in the U.S. that some school teachers even saw fit to ban them from their classrooms. Other kids produced hit YouTube videos rapping about the spicy snack – with views in the MILLIONS. Then there was the time that pop star Katy Perry was photographed on Halloween dressed as – you guessed it – a Flamin’ Hot Cheeto. Part of their popularity is due to the marketing geniuses behind Frito-Lay who managed to gain the public’s attention with their Cheetos restaurant.  Indeed, few junk foods have enjoyed the kind of notoriety that this product has.

But perhaps most amazing is the fact that the brand wasn’t thought up by a research and development team, nor by a boardroom of corporate bigwigs. It wasn’t even the brainchild of prolific food scientists. So, who came up with the idea that would become revolutionary in the world of snack food flavors? Would you believe it was the janitor at a California Frito Lay plant, a Mexican immigrant’s son whose struggles with the English language forced him to drop out of school?

Richard Montañez grew up in Guasti, CA, as part of a farm migrant labor camp that focused on producing wine. As one of eleven brothers and sisters, Richard accompanied them as the family picked grapes at the vineyard. He started school at the end of the segregation era, a time before Mexican food was a commonality in everyday American life. While all of the other kids had their typically bologna sandwiches for lunch, so embarrassed was he by his burrito that he put it back in his bag rather than be made uncomfortable by quizzical stares. After his mom refused to make him the same lunch as his predominantly white classmates, she then did something ingenious that would lead to the birth of Richards’ entrepreneurial spirit. She instead made him TWO burritos and told him to “make a friend” by giving away the extra one. Instead, within days he was selling the burritos for a quarter each.

It would be some time before he’d have that kind of success again. He eventually dropped of school because he had trouble mastering English. He took on a series of jobs at low wages such as slaughtering chickens and taking gardening gigs in the neighborhood. As he grew to support himself, his English improved slowly but surely as did his general life skills. 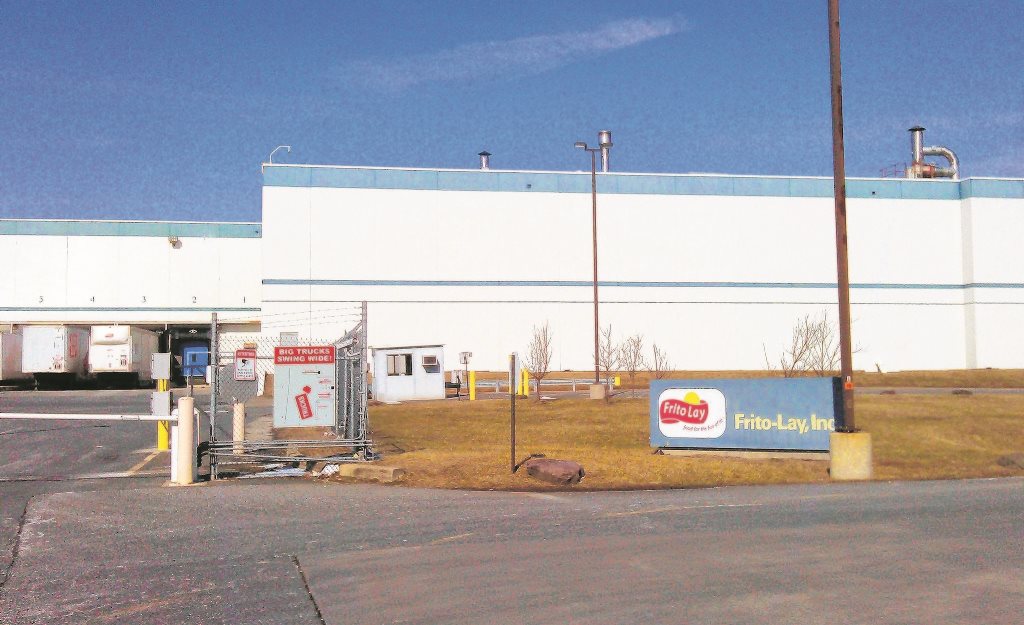 He managed to score a decent job in 1976 as a janitor at a California Frito-Lay plant. He was barely a teenager. One day an assembly line broke down, stranding a batch of raw Cheetos with no orange cheesy flavored dust yet applied. On a whim, he took a few home. There he concocted an experiment based on an idea he had when he watched a street vendor make “elote” – grilled Mexican corn. The recipe – corn on the cob covered in cheese lime, butter and chili. He decided to apply the same tasty ingredients to a Cheeto. It was an instant hit with his friends and family, but could he pitch the idea to Frito-Lay CEO Roger Enrico? He was in luck – Enrico took his call and scheduled a time for Richard to come in. 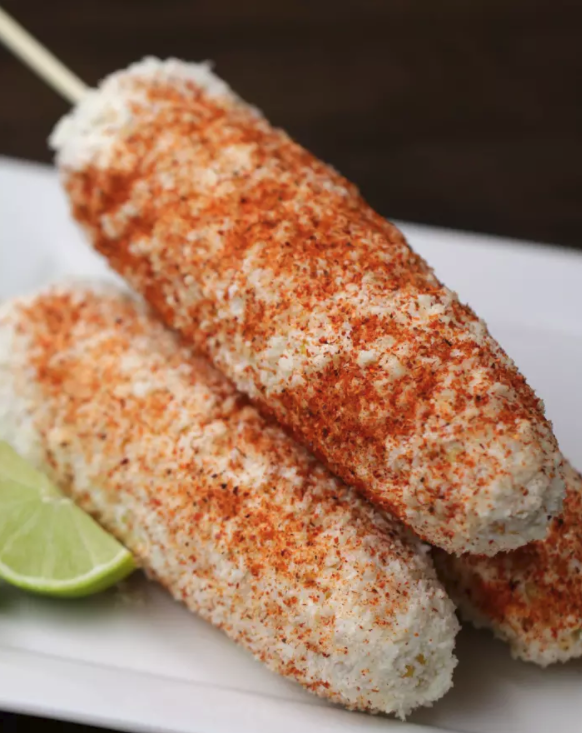 In order to make the best impression possible, the aspiring flavor inventor checked out a book on marketing from the library. From it he got the outline of a proper presentation. He even designed his own “Hot” Cheetos bags and put his deliciously modified snack in them.

Wearing his first-ever tie (that he purchased for three dollars) Richard made a favorable impression. In fact, Enrico loved his idea. Flamin’ Hot Cheetos were a go! He experienced a whirlwind of success thereafter, rising through the ranks, even enjoying a stint as executive vice president of Frito Lay.

Now, Fox Searchlight Pictures is putting into production a movie about his life. After the success of “The Founder” (about the man who made McDonald’s a household name) it seems likely that “Flamin’ Hot” (as it is tentatively titled) can make just as strong an impression at the box office. Already onboard is Lewis Colic, writer of such films as “October Sky” and “Charlie St.Cloud”. According to Variety magazine the experienced writer is about to pen the screenplays first draft.

Meanwhile, Montañez continues a tradition he established – touring the world, giving speeches on the importance of diversity in business – a message that seems even timelier today more than ever. He’s achieved the American Dream and then some; after all, few can boast that a movie was made of their life. 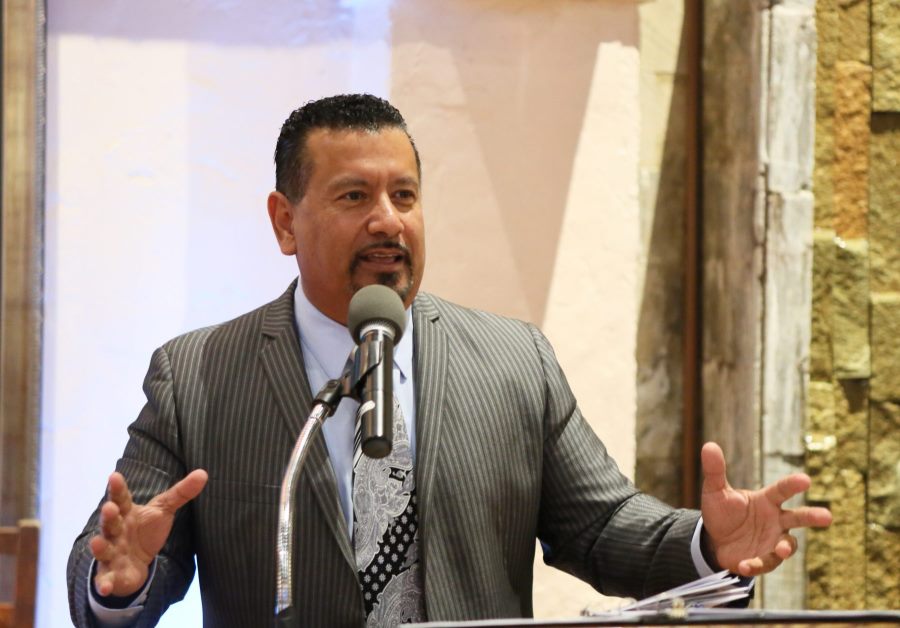