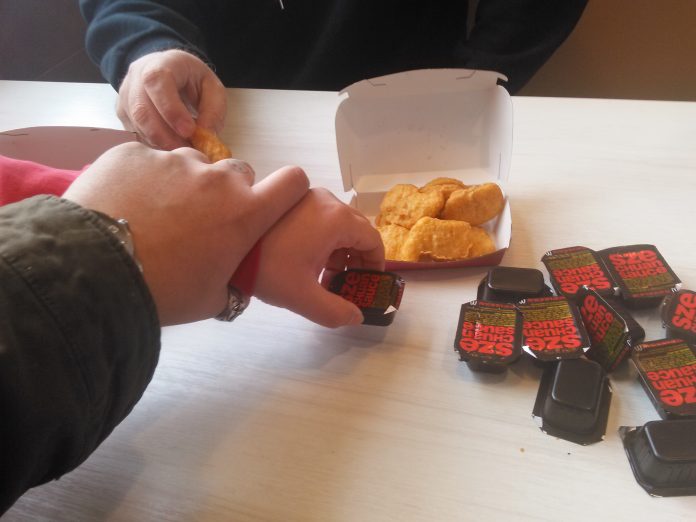 Controversial & Much Hyped Szechuan Sauce is Back at McDonald’s 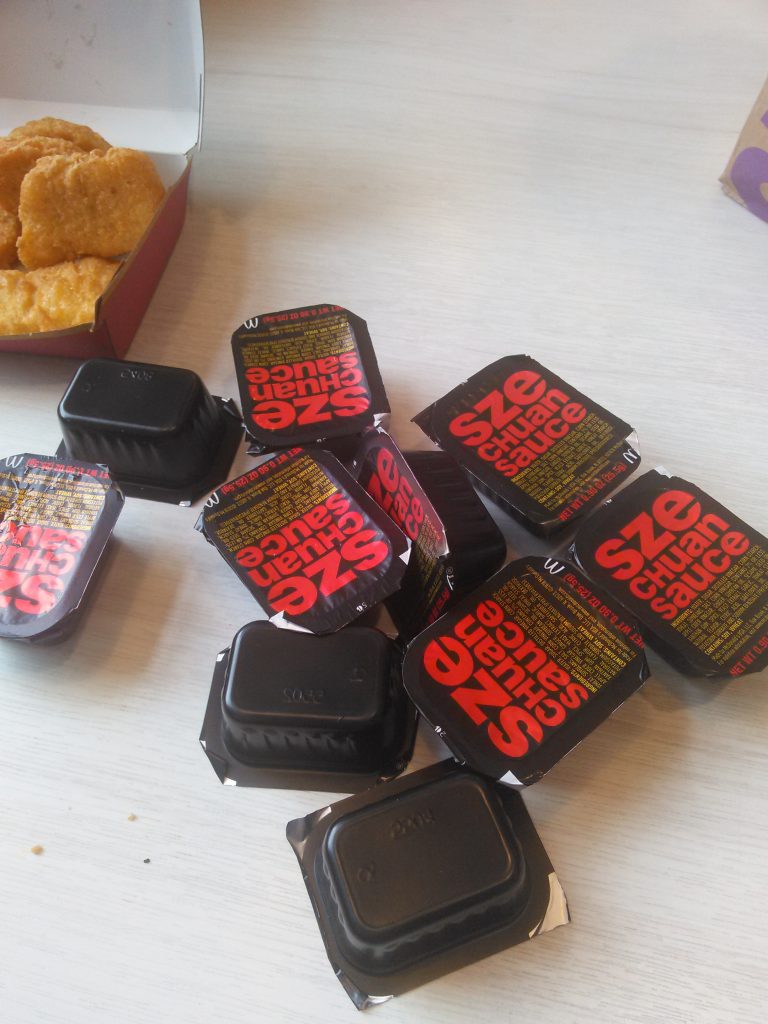 Hoping to stir the hearts and minds of Millennials once more, McDonald’s has re-re-released their Szechuan sauce in stores across the US this week to mixed reviews. Some friends and I went to try it out for ourselves.

First things first: in order to comply with what has become tradition for this storied condiment, you can’t just order 1 or 2 packets. You need enough to give diabetes to an elephant, and we are only interested in honest journalism when it comes to dipping sauce. That’s right, faithful reader: we will voyage into the abyss of clogged arteries and blood sugar Hades to bring you the hard facts.

We ordered a few rounds of chicken nuggets along with, we are not ashamed to say, a Peter Rabbit Happy Meal toy to keep us company. Then we twiddled our fingers and contemplated the Rick and Morty episode that brought us here today.

In this episode (the season three premiere) of the runaway Adult Swim hit Rick & Morty, lunatic scientist and genius grandfather Rick extols the virtues of this sauce which hadn’t been seen for nearly 20 years. In a dream sequence taking place inside of his own mind, Rick is thrilled to discover that the sauce is available at a drive thru due to, well, time meaning nothing inside a mental fantasy world.

The show is full of apocryphal references to ancient pop culture, but this particular deep cut struck a nerve at the heart of our collective consciousness. You see, dear reader, Szechuan sauce was a limited run coinciding with the release of Disney’s Mulan.

After the episode ran, massive discussions online prompted McDonald’s to get into the fun and release their sauce in October of last year for an extremely limited time (most stores ran out in a day). What happened when they ran out? Well in some cases, rioting. This did get McDonald’s to Tweet that they would be releasing more in the winter… which never happened. 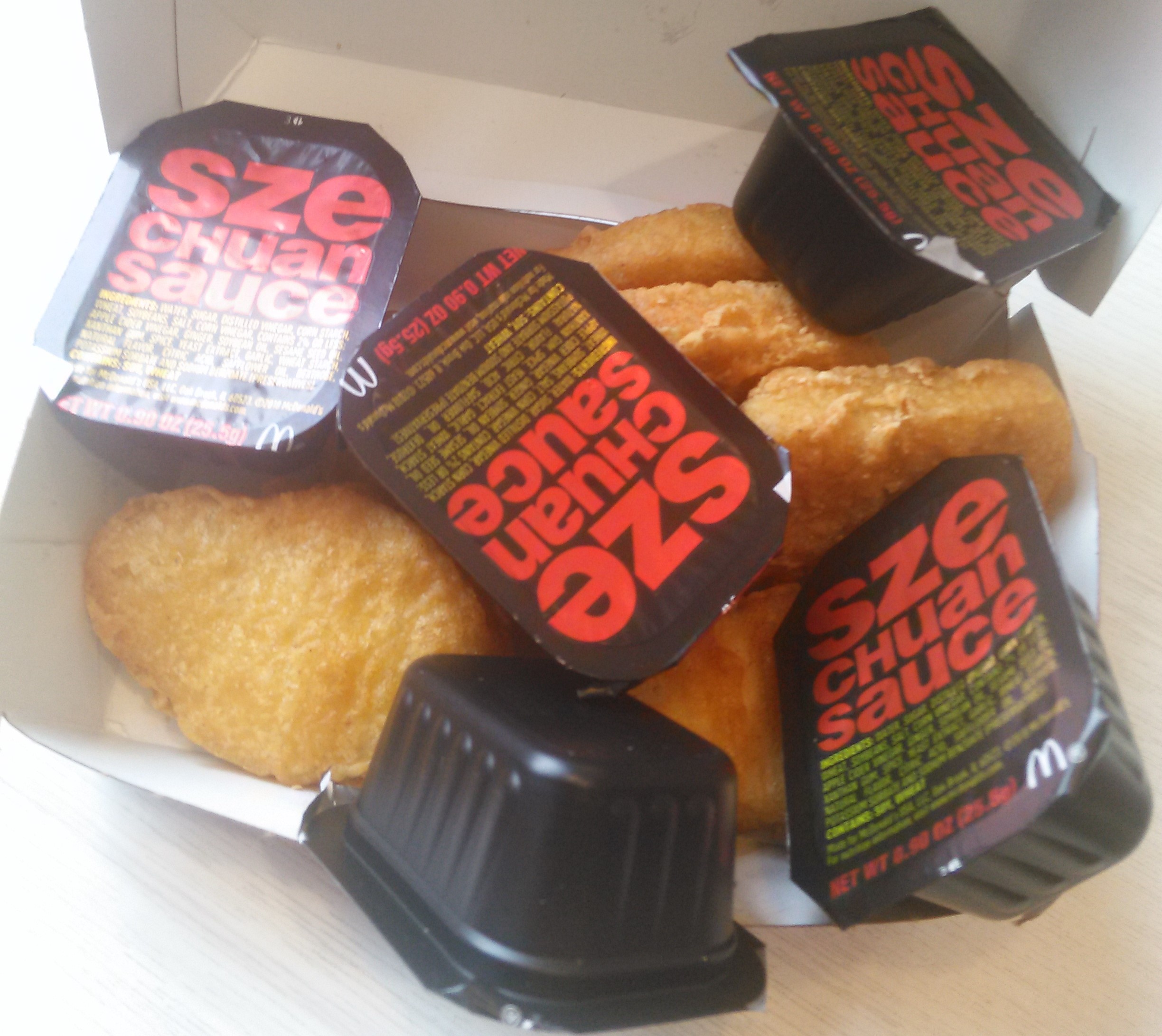 They told us to put sauce on our nuggets… are we doing this right?

The social media world was briefly overtaken with bizarre appearances from the sauce in as many forms as you can imagine. World-renowned DJ Deadmau5 reportedly purchased a 64-gallon bottle of McDonald’s Szechuan sauce for $15,000 on eBay— then shared it with fans at a show. We assume that he’s still holding onto a rainy day reserve in what are likely the loudest kitchen cabinets in the world.

Finally, a few weeks into February 2018 McDonald’s Tweeted once more that Szechuan sauce would be coming back in a big way: 20 million cups big. We’re in business. 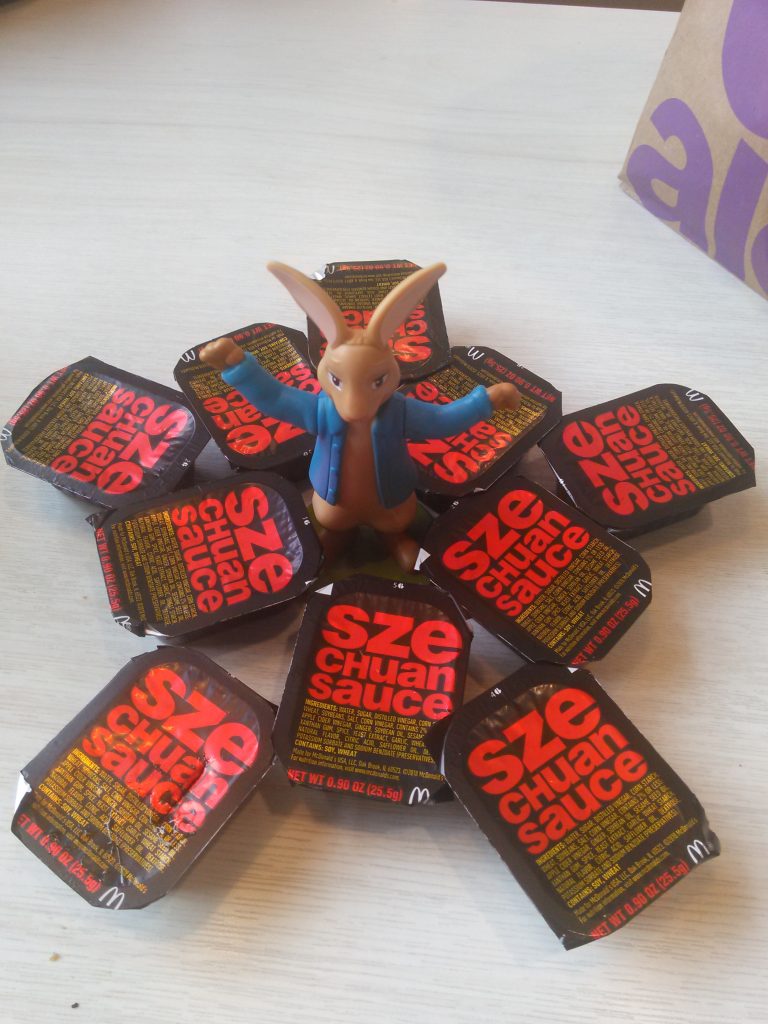 It would be an understatement to say that we were pretty excited to get our hands on some of this tastebud fuel for ourselves. Back at the table, we were eager to try it for ourselves, but Peter Rabbit had other things in mind. It seemed wrong to construct an altar to McDonald’s arrogance around him, but we did it because it seemed funny. And fitting.

Then we dug in. We have to say out the gate, we don’t agree with Eater’s Robert Sietsema who characterizes the sauce with “the color and consistency of strawberry jelly”, first of all. It maintains all the allure of any standard teriyaki brown coloring, even if the texture is a bit more… standoffish.

However, the tangy sweetness of the sauce is absolutely not overwhelming. We found it to be matched well with the right degree of savory, enriching our chicken nuggets with a flavor that summoned strong images of Mulan tucking in to rice.

As of right now, the sauce is available at all U.S. McDonald’s location. We strongly encourage you to: