How a podcast has reassembled an army forged in the 70s 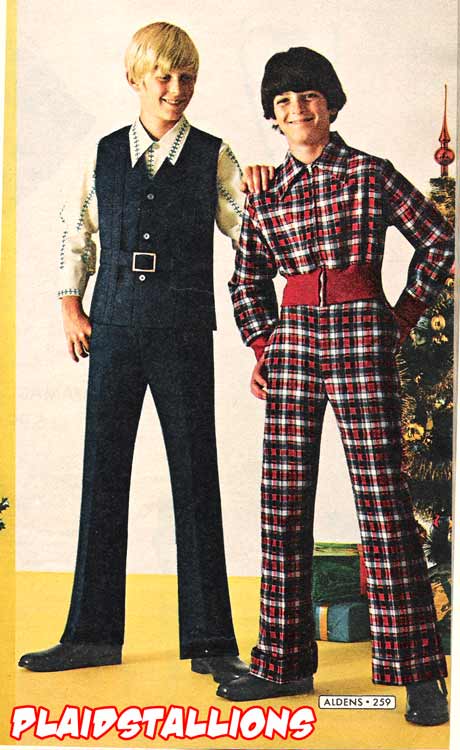 Nearly every person becomes nostalgic for their childhood at some point. It often begins in their mid-twenties, after they’ve established a steady income but have no mortgage to pay. Suddenly grown adults find themselves seeking out and acquiring lost treasures of their early youth. Pokemon, Transformers, Disney, GI Joe – whatever turned them on as kids are somewhat inexplicably obsessions again. The majority of these nostalgia buffs believe that the eras they grew up in were the best ever. As a member of the Plaid Stallions, a ‘Gen X’er, I stand by this sentiment defiantly.

Anyone who has seen an episode of the Brady Bunch knows what a “Plaid Stallion” is. Especially in the later years of the show the Brady’s were the epitome of the phrase, they were 1970’s clotheshorses. Our mothers dressed us accordingly, in a wild array of polyester and plaid designs, in the gaudiest combinations of colors possible. The impossibly expansive shirt collars and bell bottom flares must have been record-setting. Of course, we also had our Toughskins jeans, and when we were lucky, a t-shirt that represented one of our pop culture passions. And boy, did we have a wealth of those. 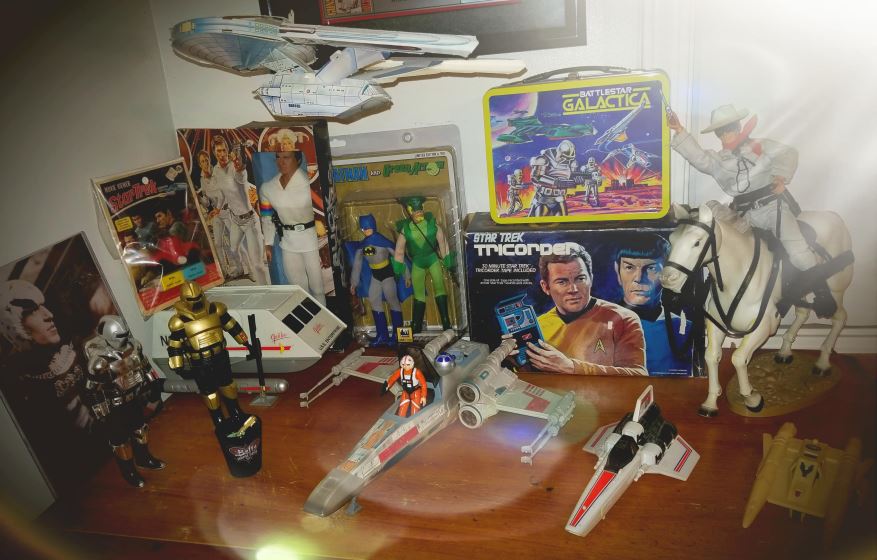 And this is what Plaid Stallions is about. A love for the creative properties designed in part to take the money of parents who had babies in the late sixties and early seventies. As their children, we started out loving Star Trek, Planet of the Apes, Marvel and DC comic heroes, the Six Million Dollar Man, and plenty more. Then, 1977’s Star Wars blew the roof off of everything. We lived and breathed it. Thereafter we added Battlestar Galactica, Buck Rogers and Flash Gordon to our stable of favorites. We were obsessed with the theatrical rock group KISS. We were in the middle of a special effects revolution. Everything was flashy and better than anything that came before. It was hypermodern and we loved it. Tin toys were old, we wanted plastic! We didn’t want an apple, we wanted an apple Jolly Rancher. Life was boring, we had Memorex… and our hair blew in the wind.

And such is the subject matter for the monthly popular podcast called the Pod Stallions. It is the offshoot of what started as the Plaid Stallions blog-turned-website named and created by Mr. Brian Heiler. This dazzling passion project became an immediate internet hit with its hilarious classic catalog photographs selling those groovy fashions. But equally entertaining is the comprehensive look at the affiliated toys, magazines, comic books and trading cards that were beloved distractions of the Stallions generation.

An instant fan of the site, Jason Lenzi reached out to Heiler and the two found their extensive ambitions and knowledge closely matched. Jason’s love of the era led him to start his own company, Bif Bang Pow! in 2005, so that he could manufacture the Flash Gordon and Doctor Who toys he wished he had as a child. Brian mass produced the first-ever action figure for the classic Canadian superhero, Captain Canuck. The birth of Pod Stallions was inevitable. They have since developed a strong listenership that continues to grow. Beyond the collaboration, the co-hosts branch out even further independently. They are often called upon to lend their various talents in a variety of capacities, such as Brian’s professional writing contributions and Jason’s commercial voiceover work. 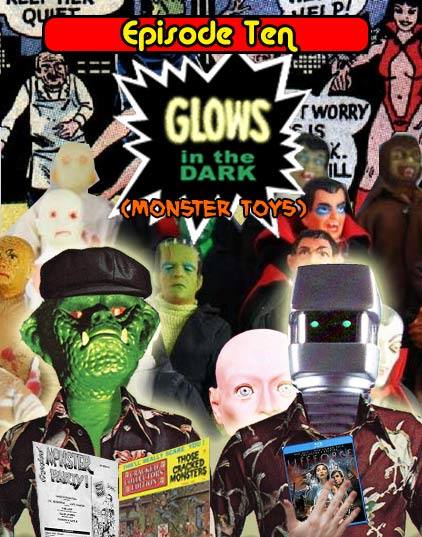 By including stories of their childhood experiences in the show – which are never too flattering – the duo reveal that being a nerd in the 70’s and early 80’s wasn’t quite as in vogue as it is today. Memories of running into female classmates in the mall and hastily concealing a newly-purchased Starlog magazine for fear of appearing uncool reawakened my own recollections of behaving similarly. Or getting caught up in what can only be described as unhealthy competition with friends, as in ‘he who has the most Star Wars toys wins’. Former outcasts, Jason and Brian wring humor from the ‘dark side’ of growing up.

Pod Stallions has not only reacquainted me with past hobbies like collecting memorabilia, it’s introduced new interests as well. I had only been vaguely familiar with 1980’s Hitchhiker’s Guide to the Galaxy, now I’m a big fan. Or of the 1971 TV program, UFO – how did I miss that? I’ve long considered myself a bit of an expert of the related genres before the Stallions arrived, but it didn’t take long to realize that they take their fandom to another level. And they’re not confined to sci-fi and fantasy. You’ll also hear in-depth talk of Monty Python, Second City TV, James Bond, monsters, musical artists and more. Completely unheard-of movies or lost ‘70s variety TV specials are common fodder for these guys. The names of artists and writers for the most obscure properties are also well known to them. Then there’s the collectibles; like that one Spiderman figure that was available only in Japan, and the Superman the Movie car from Spain, or the Flash Gordon costume from Italy… 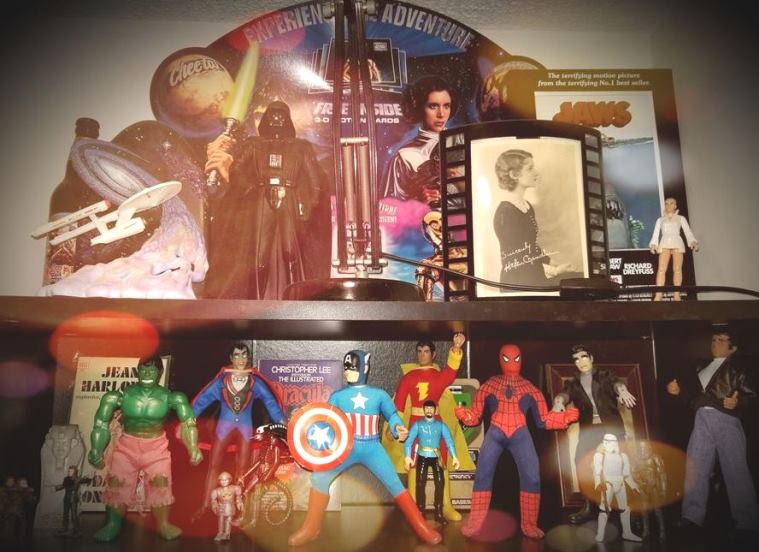 If you have a general interest in it all, prepare yourself – the Pod Stallions not only make it more inviting, they blast the genre wide open. You’ll enjoy seeking out the subjects of conversation that pique your interest. And you’ll be surprised by the magnitude. The guys just finished their 58th episode and don’t appear to be running short on material.

For me, the Pod Stallions show is the perfect drive time companion. Ironically, there is no one in my personal life with whom I share these interests, so the program is a joy. For instance, would you know what I was talking about if I referred to “Mego” “Maskatron” “Gre-gory” or “Bossk”? Heck, my coworkers don’t even know any of the bands I love (I avoid pondering who the lame party really is). So it’s an appreciated dose of presumed camaraderie listening to a couple of guys who like the exact same stuff I do, making the most of my 15 mph, 50 minute commute.

The Pod Stallions are the ultimate custodians of a bygone age, hyper modern historians, or as I like to call them, fellow geeks. May their trivia stampede ride on in checkered nylon glory.

If you enjoy Pod Stallions, take a look at 5 great podcasts that you may also enjoy.