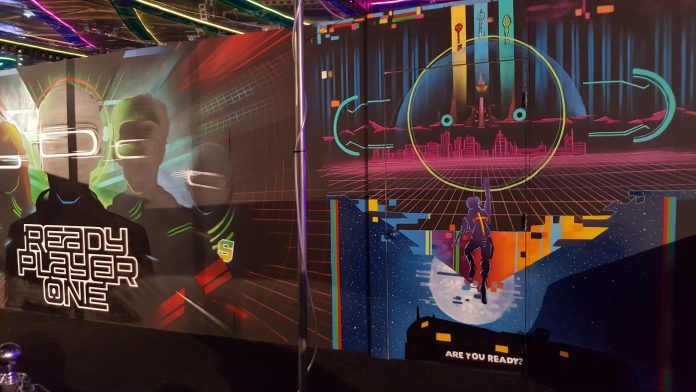 If Anyone Else Says They Won the Hollywood Ready Player One Challenge: The Maze, They Are Lying Because I Did 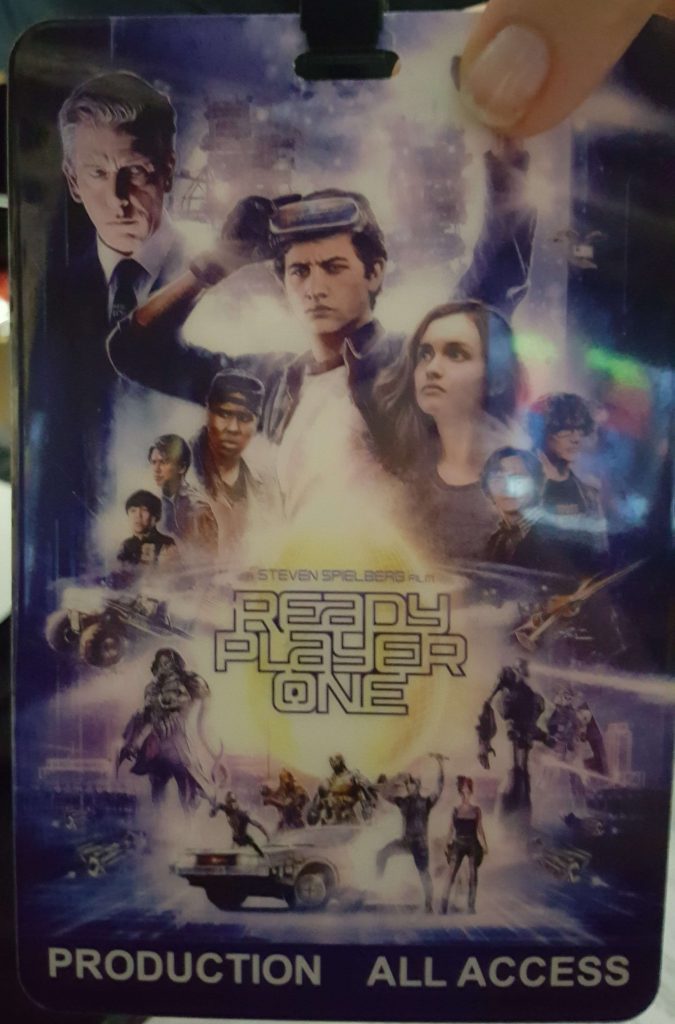 Update: Our obsessive and mostly literate staff put together a post-movie roundup review of the film that you can read here.

There’s been a lot of talk around the water cooler, a lot of buzz going around that some guy named Roger or Frank or Winston won the Ready Player One Challenge special event in Hollywood to mark the release of the film. As a champion of truth and forthright citizen, it is my solemn duty to silence all of these heinous lies and absolutely cripple the reputations of these deceivers in the court of public opinion: I am the winner.

Not really, but it feels that way because it was the best with an italicized b. If you missed it because you were experiencing a medical emergency, then I am truly sorry and hope that you recover promptly in good spirits. Otherwise, you have none of my sympathies but I am happy to share how cool of an experience it was through the majesty of song. Er, blog. Song-blog.

If anyone ever tells you that they enjoy spending time in Hollywood, California, you are probably talking to a billionaire. The reason for this is that parking in the area demands the budget of a small banana republic. My four friends and I pooled our meager funds and only managed to cover half of the cost for parking, but I consider leaving my car there for good a small cost to become a legend in the OASIS.

After leaving my vehicle for good at the corner of H.Wood and Vine, I caught a glimpse of the “stacks”; their exceedingly cool recreation of the large futuristic ghetto in the movie where people live in massive towers of old wrecks. In the immortal words of Marcus Aurelius Twain, I knew that dis gunna be gud.

I will never forget the amazing childhood experience of hopping in line for the newly released BATMAN The Ride at Six Flags® Magic Mountain. Why? It was the first time in memory that a queue had been lovingly crafted to entertain me while I waited. I’m not claiming that they were the first to do it, but it was certainly the first time I’d seen it. The Ready Player One Challenge Maze in Hollywood took a page from that old book, then wrote a new book with it.

After approaching the 3-story tall RV trailer “stacks” (short stacks, if you will), we waited eagerly in line for the ACTION. But waiting in line was no chore when we got to see the awesome IOI truck and late 2030 postal van parked outside.

If you ask me, and I’m going to assume that you are asking me, that is one hell of a line. Getting to see those props just after taking in the film was an incredible treat. And that’s just the beginning! We were slated to get in at 10:20, but finally made it in around 10:40–none of us were really counting though. The event staff went through the rules and what to expect once we got inside; in all fairness, we dozed off during this bit like one does on an airplane or before the birth of a child. He then fired a gun into the air, I screamed, “FIRST TO THE FINISH”, and we were off.

Entering the OASIS: I Wish My Wi-Fi Was This Good

We entered through the back of a beat-up old van decked out with cabinet drawers stocked full of original Game Boys. The van widened up into narrow hallways of a-maze-ing goodness. I turned a corner and was greeted by some colorful… alien crop circles? Every time I turned around, it was clear I was under the watchful eye of an IOI recruiter. Continuing through the maze, (not quite on the same level as the hedge maze from that one S Town Podcast) I spotted a girl immersed in her own little Virtual Reality; she seemed to be swimming through the greatest depths of the ocean.

We passed by a few more trailers and walked past a dude all jazzed up on coke, frantically strumming air guitar in another VR experience. Jeez, this VR deal looks like a really mixed bag.

Our party passed into a mirrored hallway where a few things occurred in random order:

Disappointed that Darth Vader didn’t pop out suddenly from behind, we trekked on. Well, the sign out front indicating that this experience would not be kind on anyone who suffers from epilepsy did warn us. Walking in here was an absolutely explosive experience for the senses, and I’m fairly confident I now know what an LSD trip looks like. Happily, we got through this initial nightmare without much (undue) fanfare.

We took the leap, jumping onto a small platform where we “found” the first key… cleverly concealed… right at out feet. 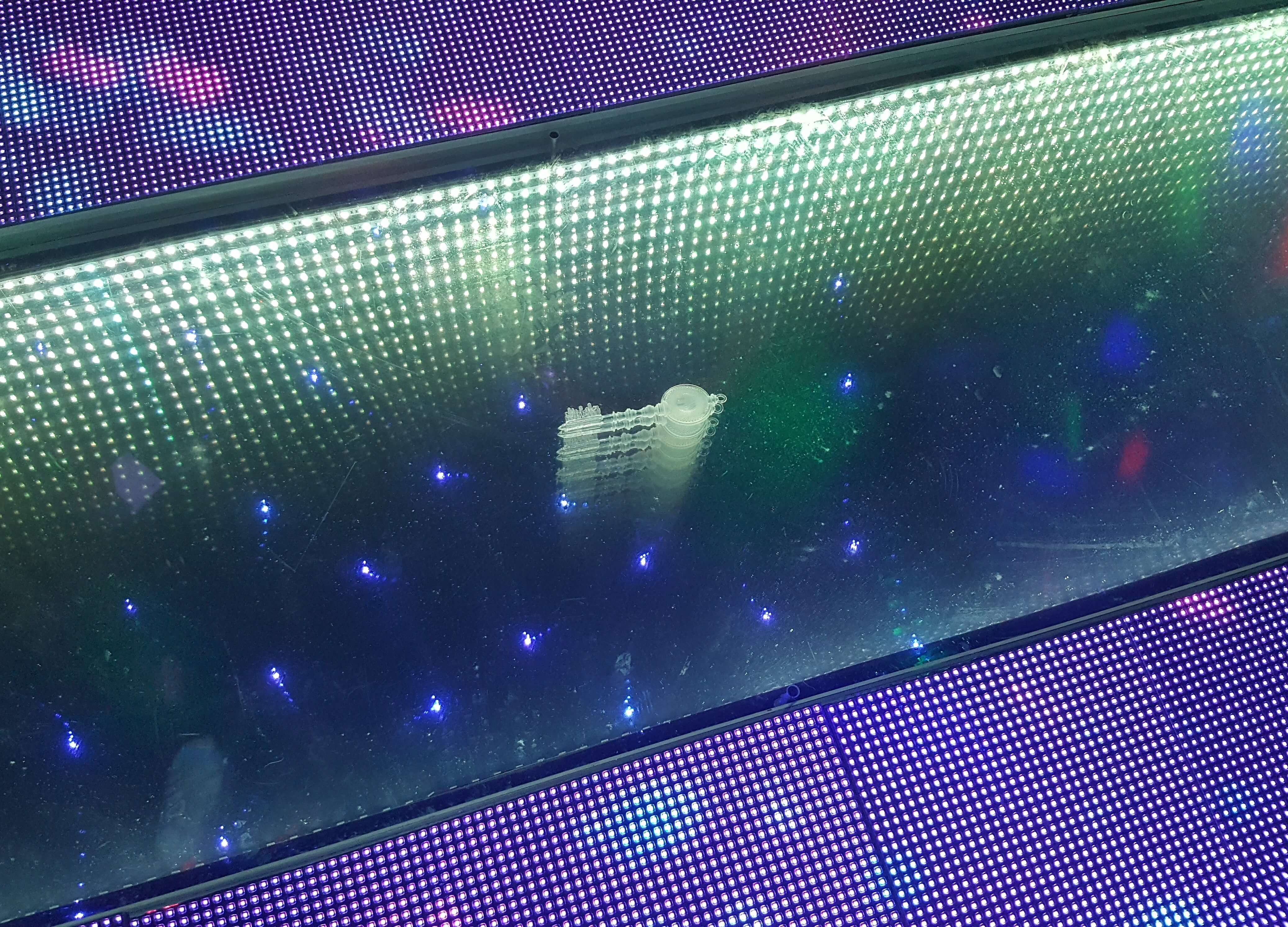 Once we made it past the club from every movie in the Blade franchise and found the key, things settled into a low hum of awesome. We walked into an amazing reproduction of James Halliday’s childhood bedroom. The detail was immaculately reproduced: bookshelves were stacked with VHS cassettes, an open shelf presented stacks of presumably the hottest mixtapes around, there were three (playable!) arcade consoles, and a ColecoVision Super Game Module running on the TV. The loving detail put into dressing the set really showed. What first looked like a Penny board socked away between two shelves turned out to be an actual vintage banana board.

I tried to play on the Super Game Module, but a box opened up revealing the second key. Huzzah! Or wait… is it really exciting? I wanted to play that SGM… oh well, the show must go on.

I progressed down a hallway set up as an “infinity room” with rapidly shifting neon lights….

…and emerged into a Rubiks Room designed by The Riddler if he worked for IKEA.

We spun the cube around a bit to see if it would puke, and it spat out the key. Winner, winner, chicken dinner. I jest, it was just hidden in a recessed panel on the thing. MEH.

We trooped back to the “hidden exit” at the middle of the maze and proudly showed off our three keys bling to the bouncer there. He imperially hit a button on the wall, opening a concealed door panel. We were out!

Once we were through to the end, we got to see a bunch of other assorted props from the movie while listening to some pleasant elevator EDM music.

We wandered around for a bit to take all of the props in, then ducked back out to the real world. The final jaunt has a last graffiti wall plastered with a few parody posters of movies. The experience was energetic… surreal… and left us wanting just a little more. Just another TASTE.

Update: Our obsessive and mostly literate staff put together a post-movie roundup review of the film that you can read here.