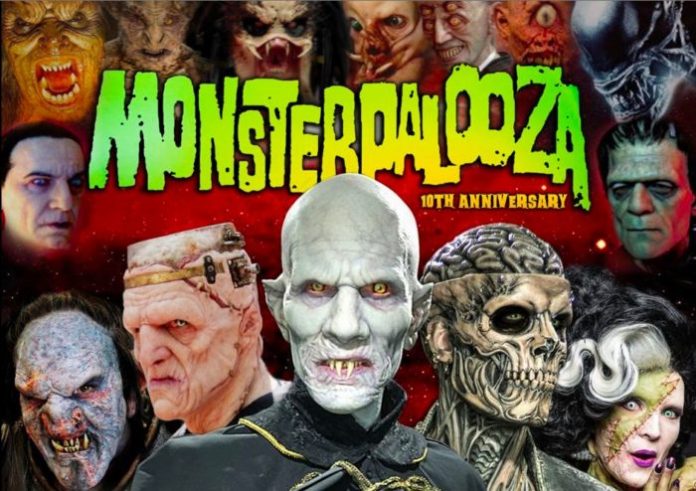 Did You Miss Monsterpalooza 2018? Explore Our L.A. Horror Convention Pictures

We had a chance to visit Monsterpalooza in April and it was everything you might expect. Surrounded by ghouls and ghosts, as well as the phenomenal artists who designed them, it’s a lot like traveling through a carnival sideshow from a vaudevillian horror. We rubbed shoulders with creepy figures (and their creations!) while ogling gruesome masks that put Halloween to shame.

While not having heard of this niche industry event isn’t a punishable offense, you may be surprised to learn that it just enjoyed its 10th anniversary. The event’s very first year, 2008, it was held in New Jersey before migrating to its present location at the Burbank Marriott from then on. If you hold your ear close to Monsterpalooza, some say that you can still hear the anguished cries of Atlantic Coasters missing out.

The show was brought to the Best Coast by Eliot Brodsky, a native New Yorker. He had attended horror shows like Chiller in the late 90s, when eBay was still in its infancy and getting your hands on collectibles or merchandise from your favorite horror movies was pretty rough going. In 2009, he launched Monsterpalooza’s first appearance in Burbank, CA–admittedly much closer to the lion’s share of VFX shops that create lots of the displays you get to enjoy.

A decade after its humble beginnings, Monsterpalooza is a draw for attendees numbering in the tens of thousands. The San Fernando Valley-based Marriott convention hall gets packed for three days with all of the killers and beasts from movies that you can handle. Each year more displays, signings, special guests, and seminars get added to the schedule. As much a networking event as it is a bizarre bazaar, it still inspires joy in the hearts of industry greats like Director Guillermo Del Toro.

MONSTERPALOOZA is coming to Pasadena this weekend!! The Monster convention I dreamt could be possible as a kid is real again!! GO!!

Friday the 13th brought a 10th anniversary worthy of the Monsterpalooza legacy. Award-winning FX artists put on awesome live clinics, industry seminars gave attendees awesome insights into what goes into the horror flicks we love so much, and great sculptures weren’t just on display–they were for sale! 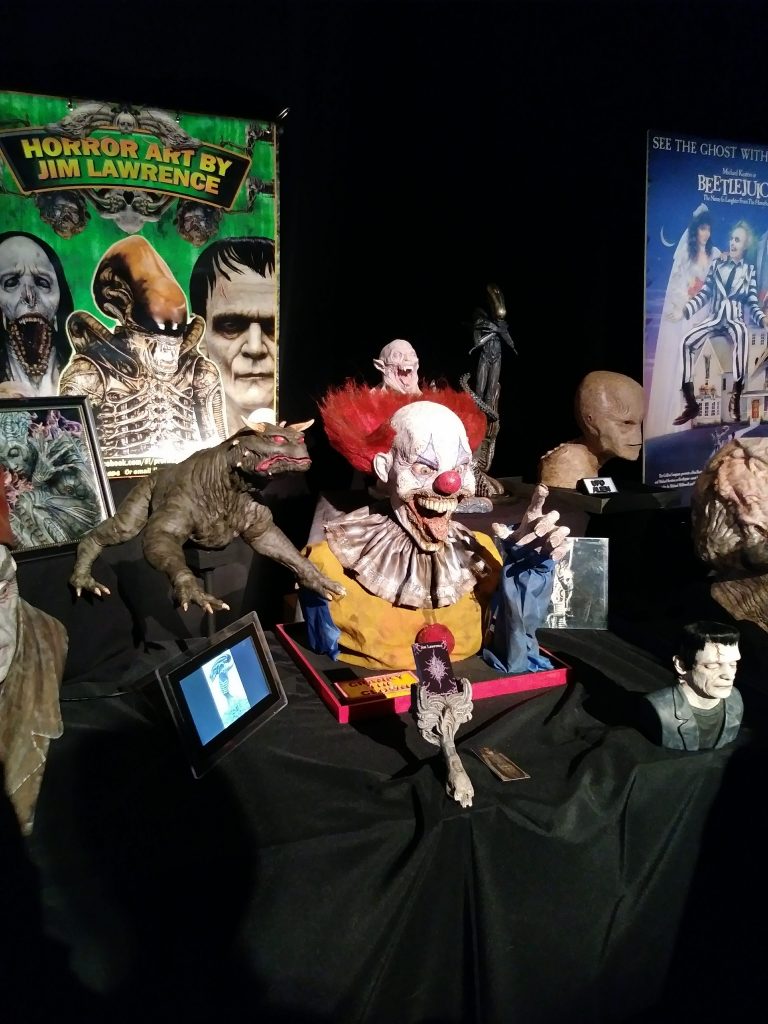 Here are just a few of the awesome things and people we saw:

We took a ton of pictures while we took it all in, check out our gallery below!