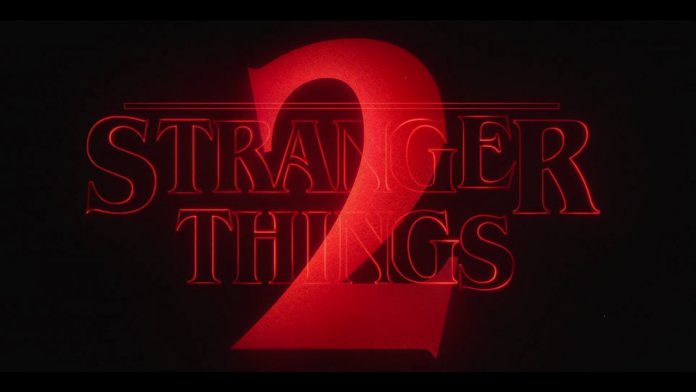 The popularity of Stranger Things could dictate such change.

We’ve seen it all. We’re jaded. Nothing surprises us anymore. There was a time when Kurt Cobain dying his hair purplish red was actually shocking. Fellow Grunge rockers Stone Temple Pilots’ singer Scott Weiland followed suit with his shorter cropped hair of the same cranberry shade. MTV was primarily responsible for exposing us to these wild new styles and possibly even for the greater influence they had. 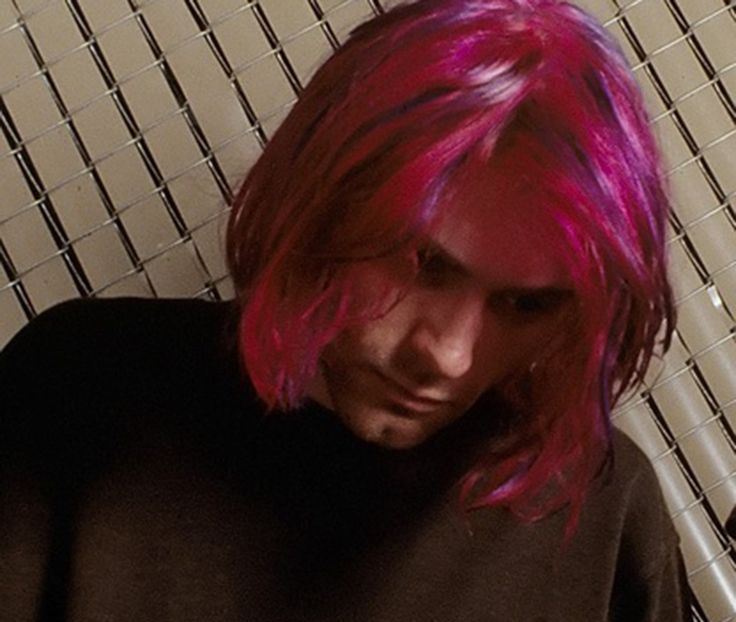 I didn’t realize I was being a follower when I thought I’d break social convention by dying my own shoulder length hair a deep maroon. In the sunlight it appeared neon! I was different. It was March 1994 and I recall how excited I was to go to Melrose Ave in Hollywood to let people see how hip and cool I was. During the two or so hours we spent there, I spotted three other guys with the exact same color hair. Arrogantly, I thought they were the poseurs! These days, seeing someone with pink or even blue or purple hair is simply yawn-worthy. “It’s been done”. And with the exception of new advances in hair streaking – or some wild ‘do on Lady Gaga that is entirely impractical – hair evolution seems stagnant. 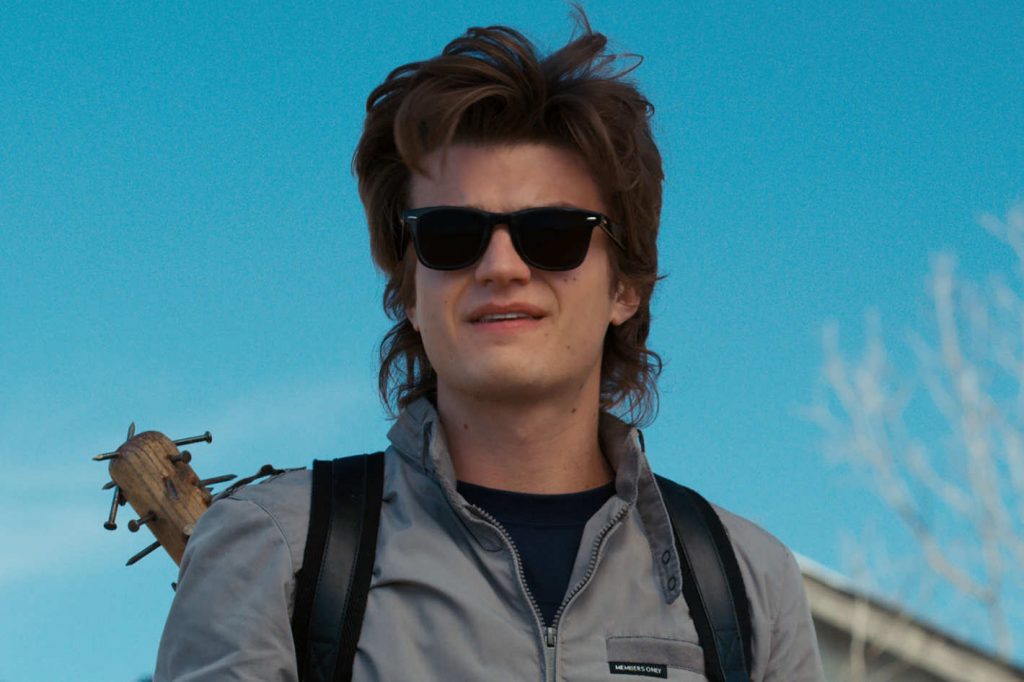 It’s the wildly popular Netflix TV program that takes place in 1984 and features a bevy of high school students sporting authentic styles of the bygone era. What’s even “stranger”, some of the looks even appear ‘fresh’ or ‘cool’. Who would have thought? Could this show make new trends out of old ones? No popular hair style went on to such universal ridicule as “The Mullet” – y’know, cut above the ears but long in the back (or, as they used to say, “Business up front, party out back”). By the mid-nineties, the only place you’d spot one was on an oddball redneck in a Wal-Mart. There were even entire humor books dedicated to the mullet. Who could ever see that coming… or their subject coming back? 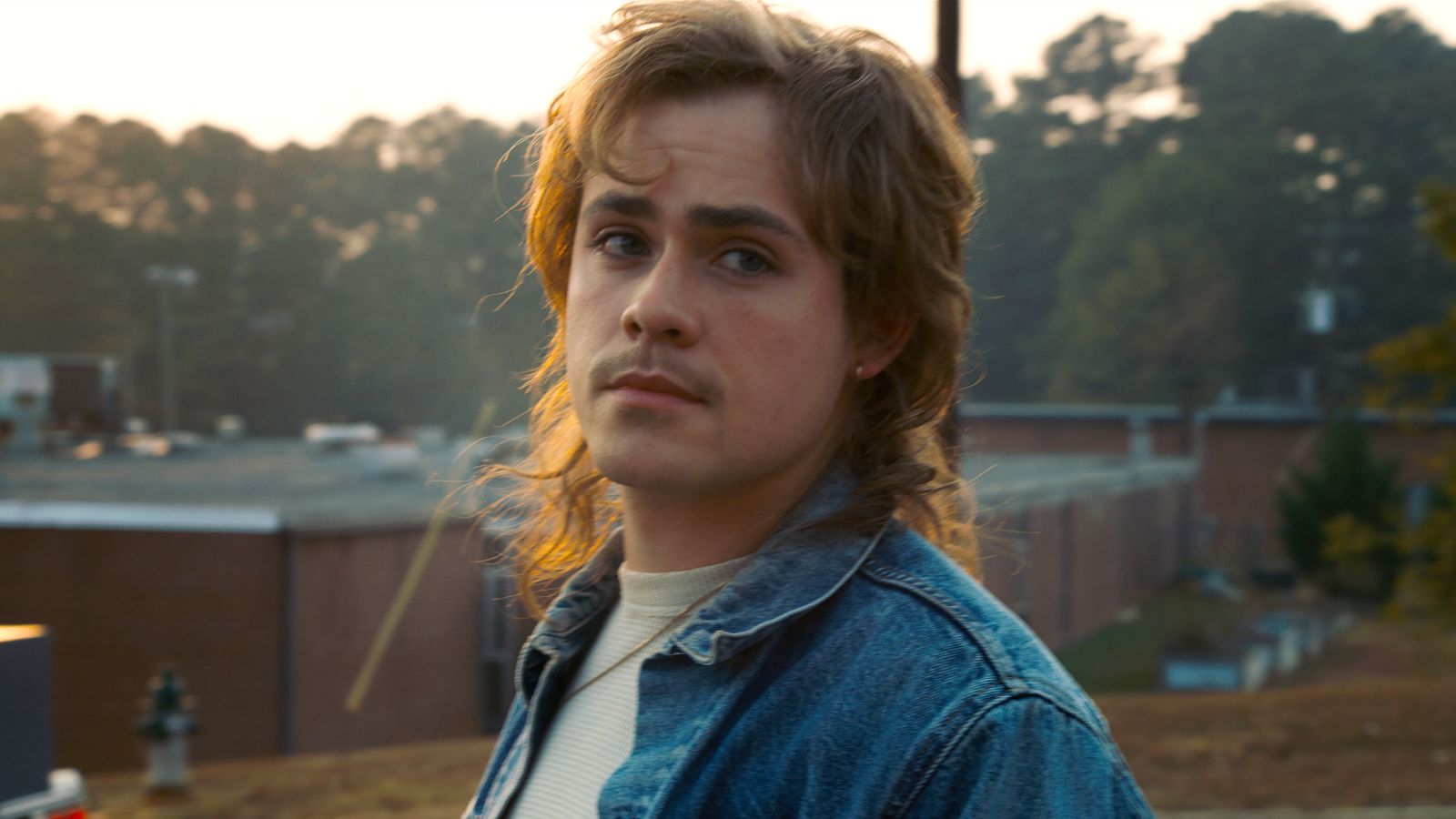 Well, here’s the thing – if you can make something look good, you can make it appealing again. And let’s face it – ST’s Joe Keery as “Steven Harrington” rocks his mullet. He brings to mind memories of a young and dynamic Bono fronting U2 with the identical hairstyle – not to snickers, but to overwhelming cheers. To a slightly lesser extent, Dacre Montgomery AKA “Billy” has a cool mullet, too, though it would benefit from being brushed past his ears from time to time. 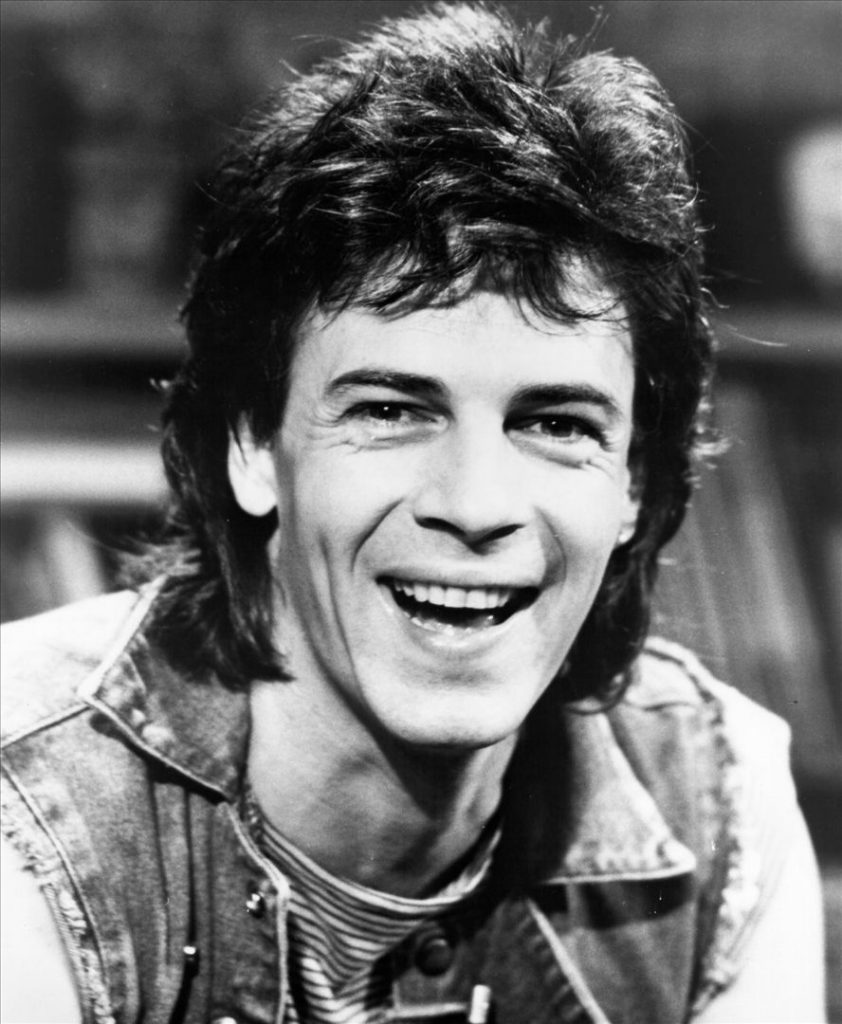 And the mullet isn’t just for men. Especially in this age of gender neutrality, I can see it emerging as a hairstyle befitting of all humankind, a great uniter. I recall an age in the early eighties where nearly every young male had the exact same hairstyle. You’d go to the barber and repeat these words, “parted in the middle, feathered back”. Then you would be asked what length you wanted it, because it was never cut very short, and you might have even added, “long in the back”. Everybody looked like Rick Springfield of “Jesse’s Girl” fame. This style mullet was practically government issued until 1983 when spiked hair started to break into the mainstream. You could still retain the mullet standard but now you could get creative with it. The cookie cutter uniformity among all males was gone after Billy Idol offered a spiky and short alternative. 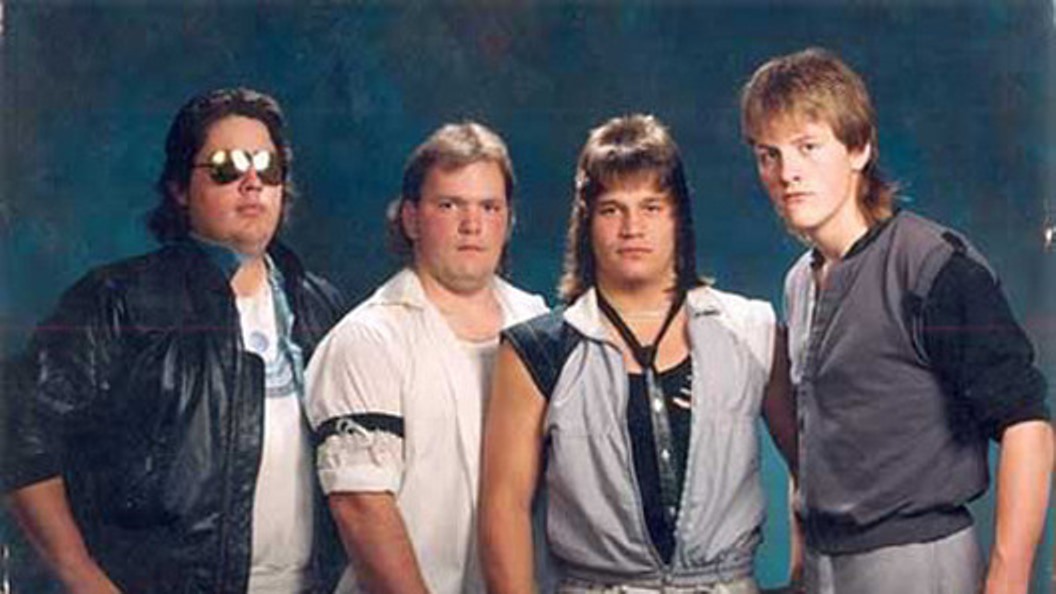 In the late eighties most of the very popular rock stars grew their hair out, with no bangs to really speak of. The grunge era took it even further making a look out of no real discernible style at all. For longish hair, it was either the carelessness of Cobain’s Prince Valiant one-length tucked behind the ears look, or the unkempt windswept style made popular by a myriad of bands like the Gin Blossoms. Even in some television programs of the mid 90’s you can see the mullet hanging on for dear life, its days clearly numbered.

A scant few years before millennium’s end, it was gone from the heads of Americans entirely, officially dead. A relic of a bygone time that few were too cool to admit they once sported. We’ve since seen boy bands and rappers get all sorts of clever with their hair, but ultimately they wore fads that proved to enjoy lesser duration than that of the now infamous style that inspires even these words. 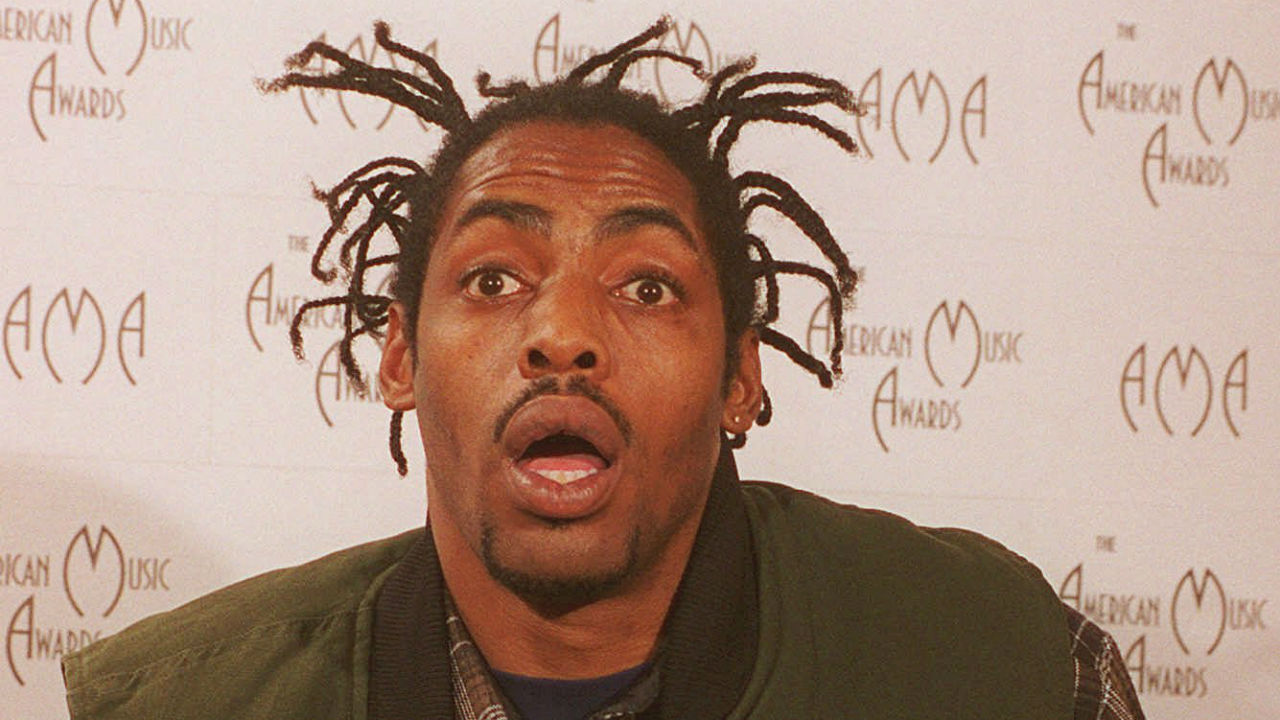 There has been a resurgence in popularity of 80’s culture that, until now, has stopped just short of emulating the styles… But there have definitely been tasteful mullets popping up consistently in recent years (often with the sides shaved). And it all makes sense. The extreme, long hair parted to the side of the Emo movement looked very similar to unfortunate ‘do’s worn by kids of the late 60’s/early 70’s. Could it all be coming full circle, a loop repeating itself? If so, we might want to start investing in hairspray… 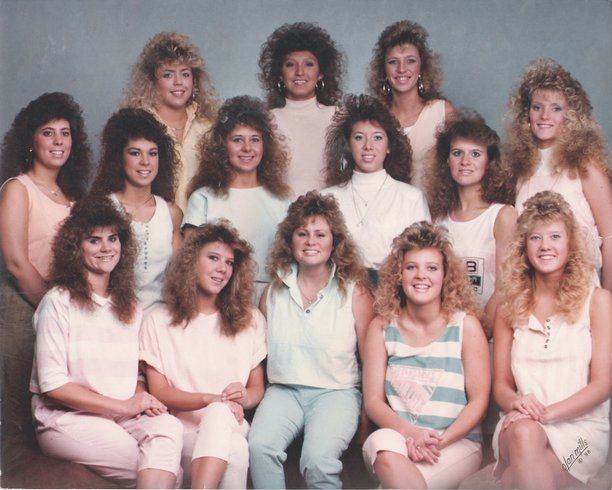